Beth Revis: In The Fort with The Bookanistas! 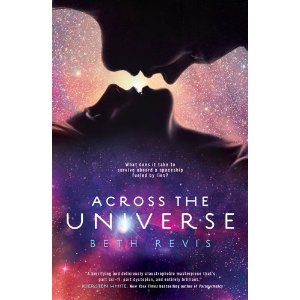 Welcome fellow Bookanista Beth Revis to the FORT! Because I am behind on life, my interview with Beth goes up today, but my ACROSS THE UNIVERSE review is on the way. I have read a few chapters, and I feel VERY comfortable telling you to just go buy it. Go ahead. We'll wait.


About ACROSS THE UNIVERSE: Seventeen-year-old Amy joins her parents as frozen cargo aboard the vast spaceship Godspeed and expects to awake on a new planet, three hundred years in the future. Never could she have known that her frozen slumber would come to an end fifty years too soon and that she would be thrust into a brave new world of a spaceship that lives by its own rules. Amy quickly realizes that her awakening was no mere computer malfunction. Someone—one of the few thousand inhabitants of the spaceship—tried to kill her. And if Amy doesn’t do something soon, her parents will be next. Now, Amy must race to unlock Godspeed’s hidden secrets. But out of her list of murder suspects, there’s only one who matters: Elder, the future leader of the ship and the love she could never have seen coming.


ABOUT BETH: Beth Revis‘s debut novel, Across the Universe, is coming from Razorbill/Penguin in Spring 2011. A former high-school English teacher, Beth can’t help but blog about writing, grammar, and publishing at Writing it Out. She is the founder of the new popular dystopian blog, the League of Extraordinary Writers and blows off steam by trying to come up with something witty in 140 characters or less, lusting after books on GoodReads, or wasting time onFacebook. Beth is represented by Merrilee Heifetz at Writers House.


Myra Note: Here's where I'm going to take a minute and say that the ABOUT section is incomplete. What you don't learn up there is how gracious, funny, kind, humble, supportive and REAL Beth Revis is. It also doesn't mention the TEN manuscripts she wrote before she got representation for ACROSS THE UNIVERSE. You want an example of how to be, writer peeps?


Now you got one.

Pasta--any kind, any sauce--but passssta.
Favorite game?
Quidditch!
Flannel, fleece or Snuggie?
Flannel sheets...mmm....
If you had to choose Snuggie, which color would you pick?
*raises eyebrow* Why do I *have* to choose one? OK, then--blue, so that my mother will like it when I give it to her.
Fluffy socks or slippers?
Crocs.
Favorite winter drink?
Peppermint cho-coffee. (That's peppermints crushed up in coffee that's been mixed with a packet of hot chocolate.)
Ghost story or no? Do you remember any from slumber parties past?
Yes! There were these series of books from my childhood--I think they were just called SCARY STORIES (in several volumes) and they were terrifying. We'd take turns reading them.
Truth? Or dare?
Dare. All the way.
What singer/musician/band is a must have for The Fort soundtrack?
Mads Langer. (1) He has a cool name. (2) He plays the guitar in ways that make girls clothes fall off. (3) Listen to "I'm Still Fact, She's Fiction."
What movie would you bring to watch?
Hmmm...currently, I'm crushing on HOW TO TRAIN YOUR DRAGON, but I might bring PENELOPE to appeal to the cool girls. 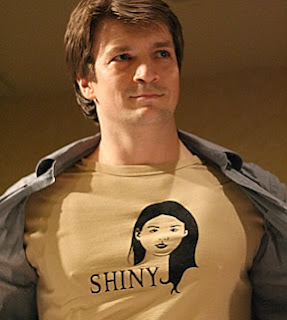 Who's the ideal male mascot for The Fort and why?
Nathan Fillion. Have you SEEN that episode of Firefly where he's butt naked?
Marshmallows, lightly toasted or burned to a crisp?
Burned so much they're BLACK.
Awake all night or first one to sleep?
Awake ALL night. I'm the one who'll be putting your bra in the freezer.
If awake all night, innocent practical joke or no?
^See bra in the freezer
If you could have any YA author visit The Fort and tell stories, who would it be and what story would you ask them to tell?
EEee! Ummmmmm..... JK Rowling, and I'd ask for a story of Ginny and Neville and Luna and the others in that last year of Hogwarts when Harry, Ron, and Hermione weren't there.

Make sure to come back tomorrow to enter to win one of the books featured on the blog this week!

Here's what the other Bookanistas are up to today (with several ACROSS THE UNIVERSE reviews AND giveaways!):

Elana Johnson and LiLa Roecker celebrate the release of Across the Universe with giveaways
Christine Fonseca gets lost in Nightshade
Shannon Messenger raves about Like Mandarin with an ARC Giveaway
Jamie Harrington thinks the outlook is good for The Secret Society of the Pink Crystal Ball
Shelli Johannes-Wells celebrates Harcourt winners
Michelle Hodkin, Carolina Valdez Miller and Shana Silver travel Across the Universe
Scott Tracey gets some Clarity
Myra McEntire is In The Fort with Beth Revis
Megan Miranda falls head over heels for Fall For Anything
Bethany Wiggins is living for Three Quarters Dead
Jen Hayley worships Unearthly
Carrie Harris flips for Hold Me Closer, Necromancer
Kirsten Hubbard goes crazy for Delirium

Email ThisBlogThis!Share to TwitterShare to FacebookShare to Pinterest
Labels: Beth Revis, Bookanistas, Fridays in the Fort